Building model kits since the late 50s has been a self-soothing experience. Listening to music is also soothing. People should listen to music more often… 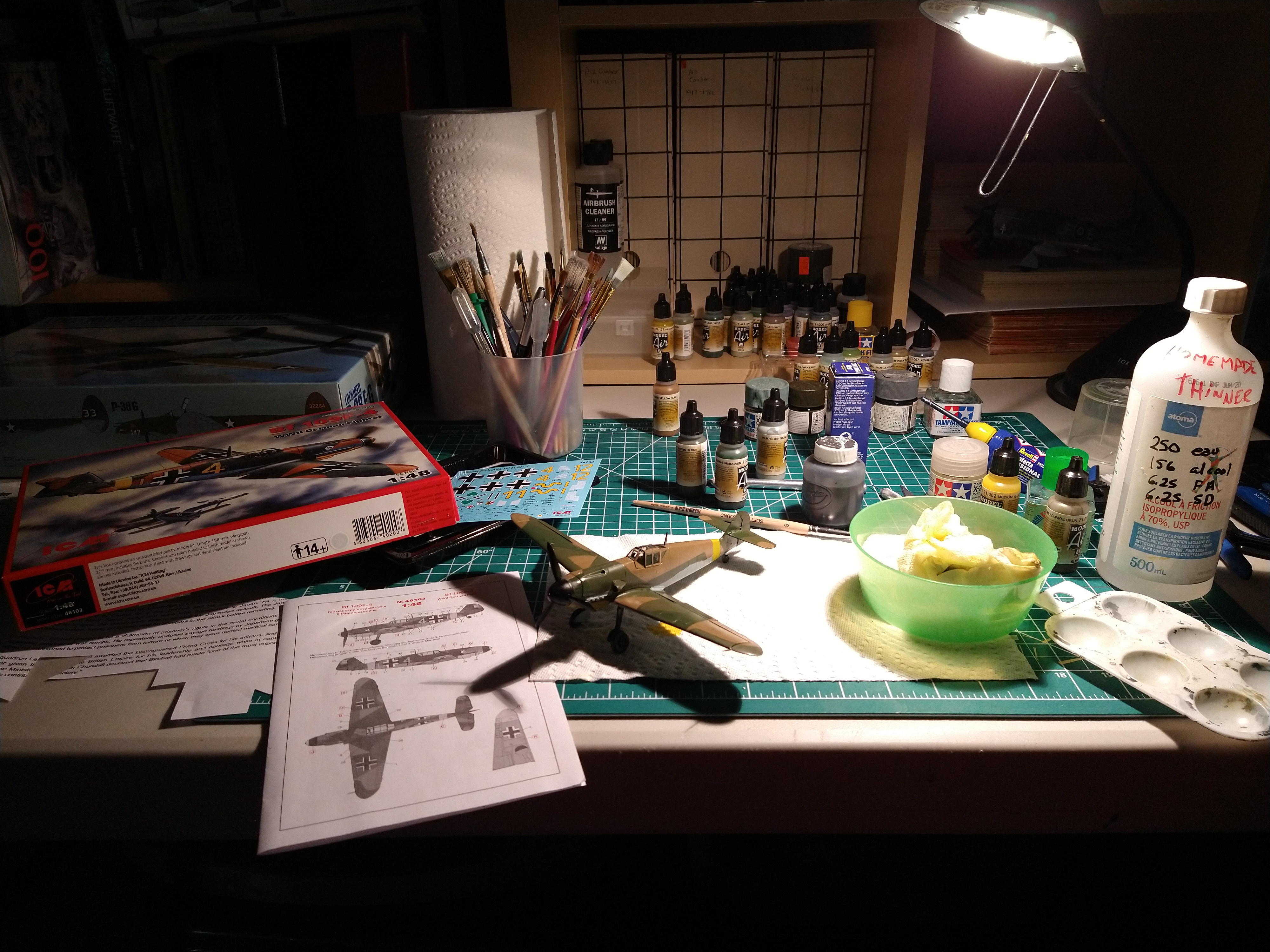 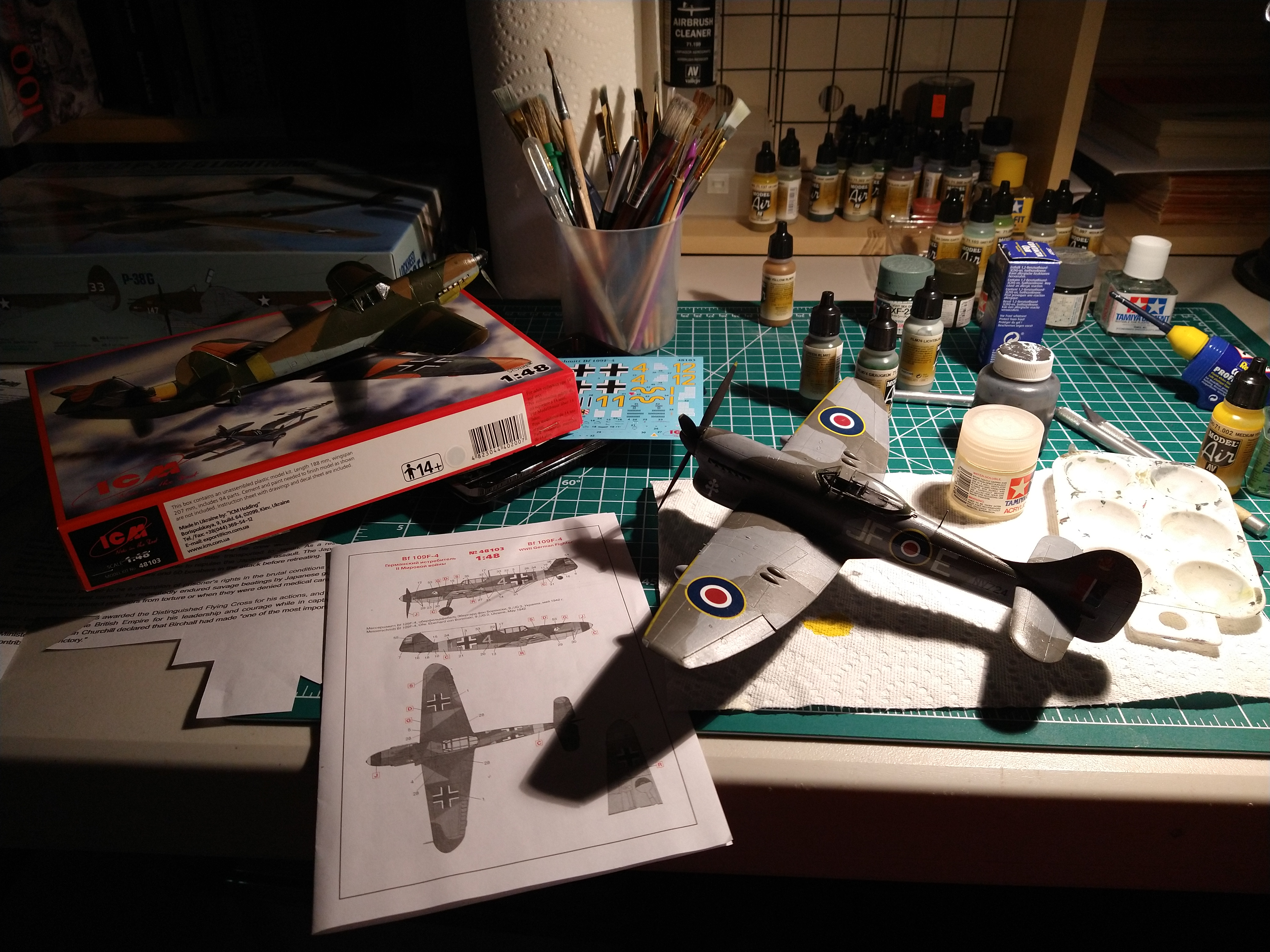 The Tempest finally got its final clear coat. I had some leftover highly diluted clear coat so I completed that build.

The Bf 109F-4 got some decals in the morning and it will soon be a thing of the past. 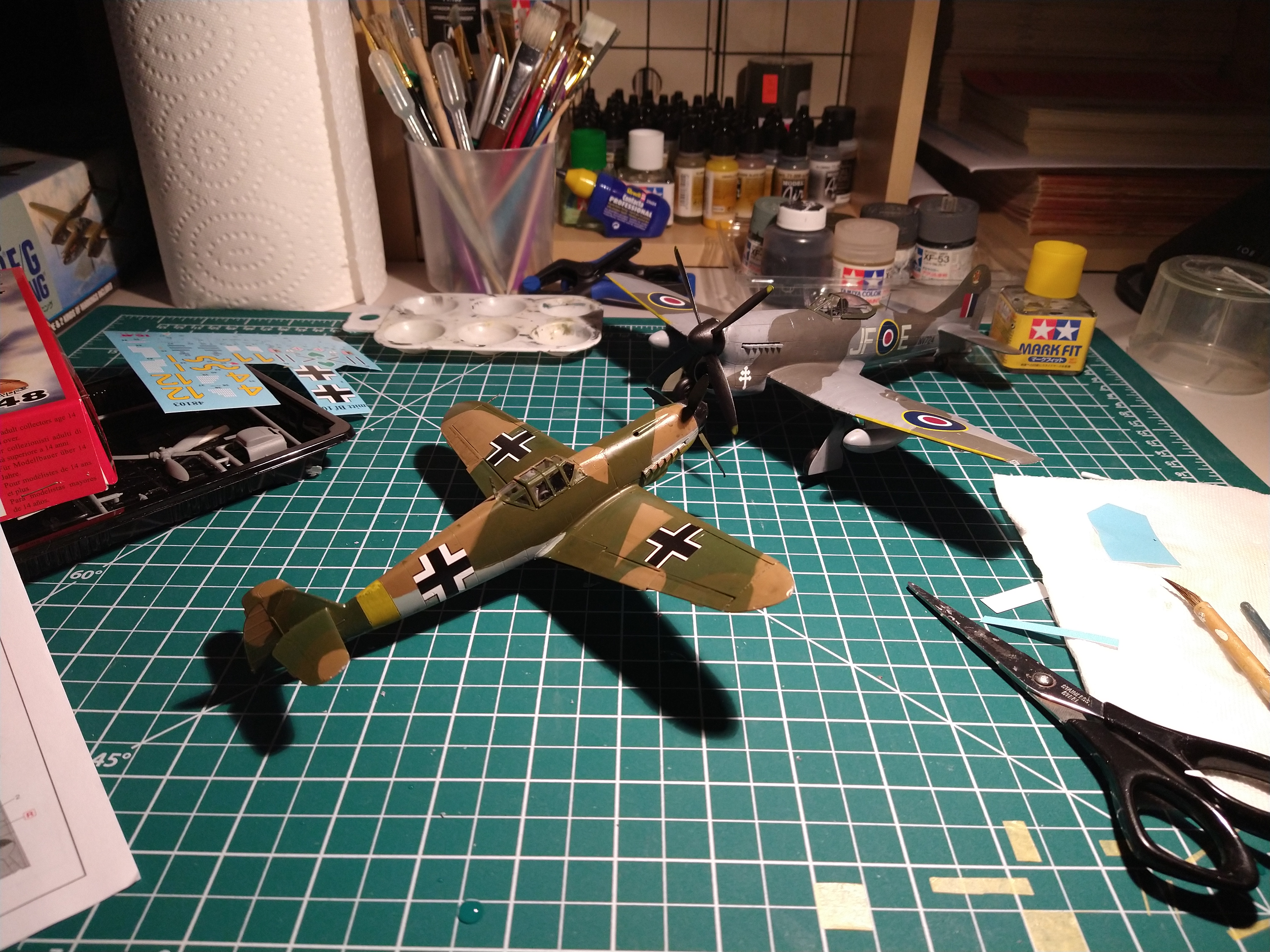 The countdown will then begin for the P-38. 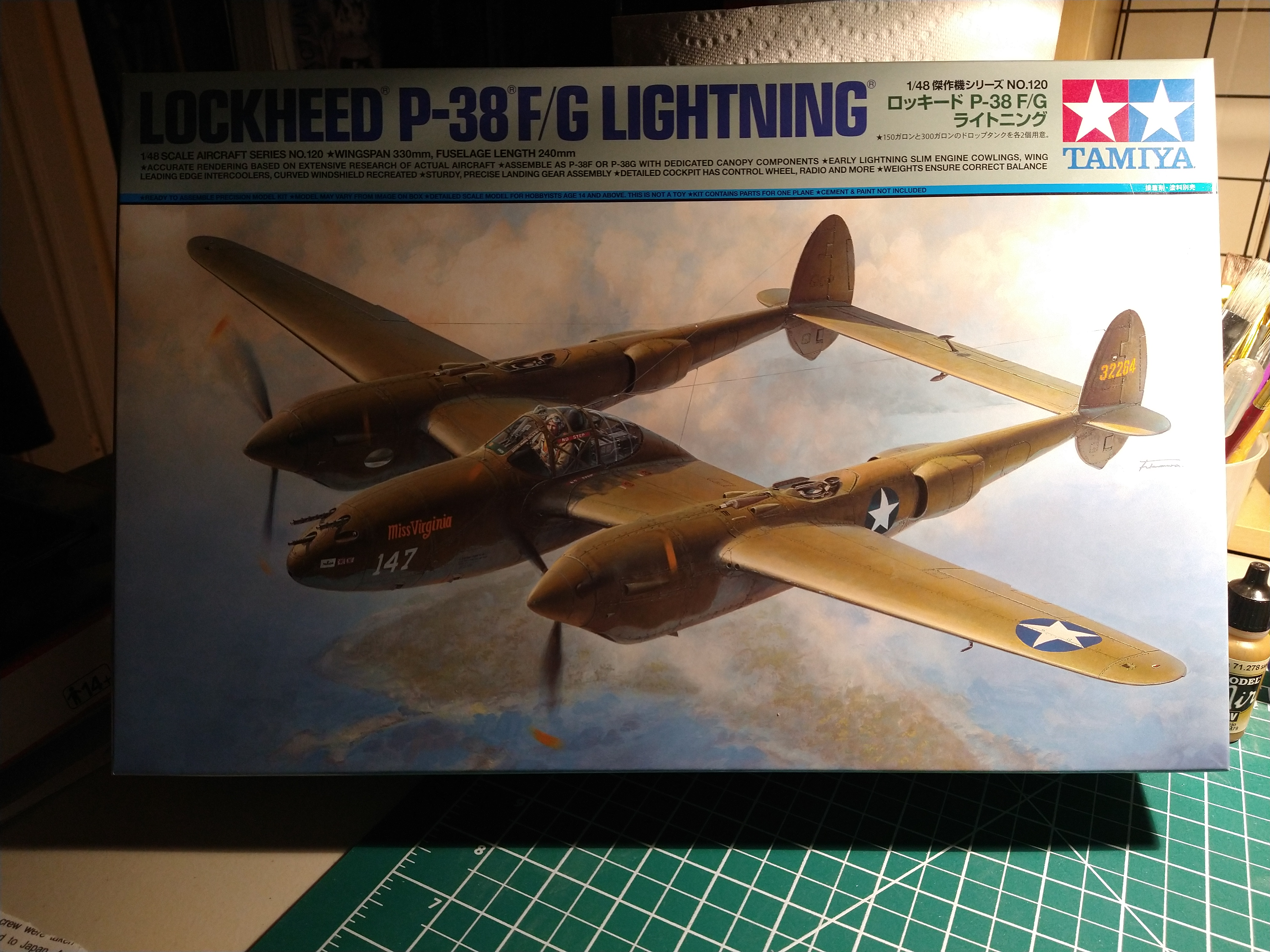 I still don’t know if I will document that build, but “Whereof what’s past is prologue; what to come, in yours and my discharge.”… 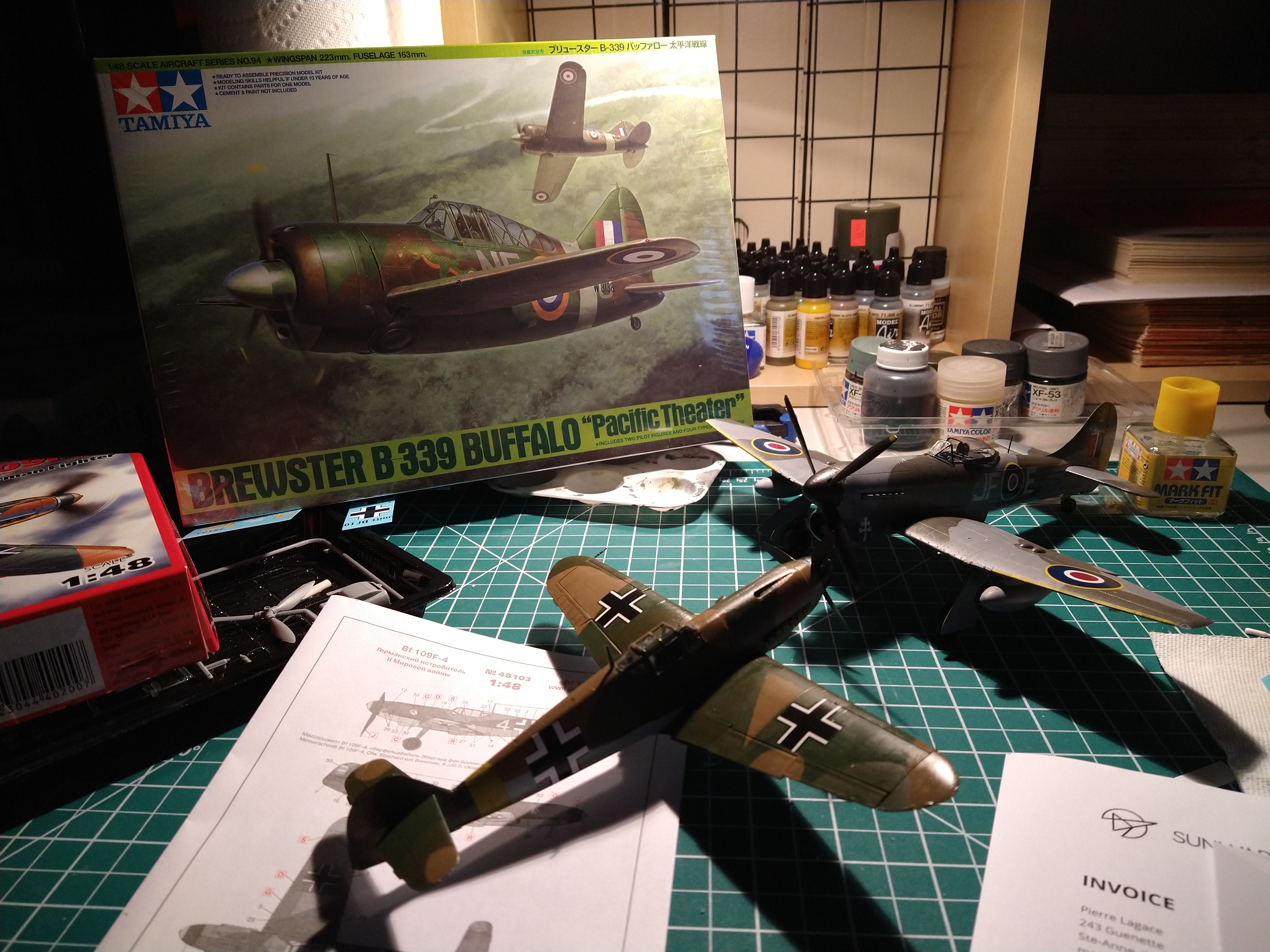 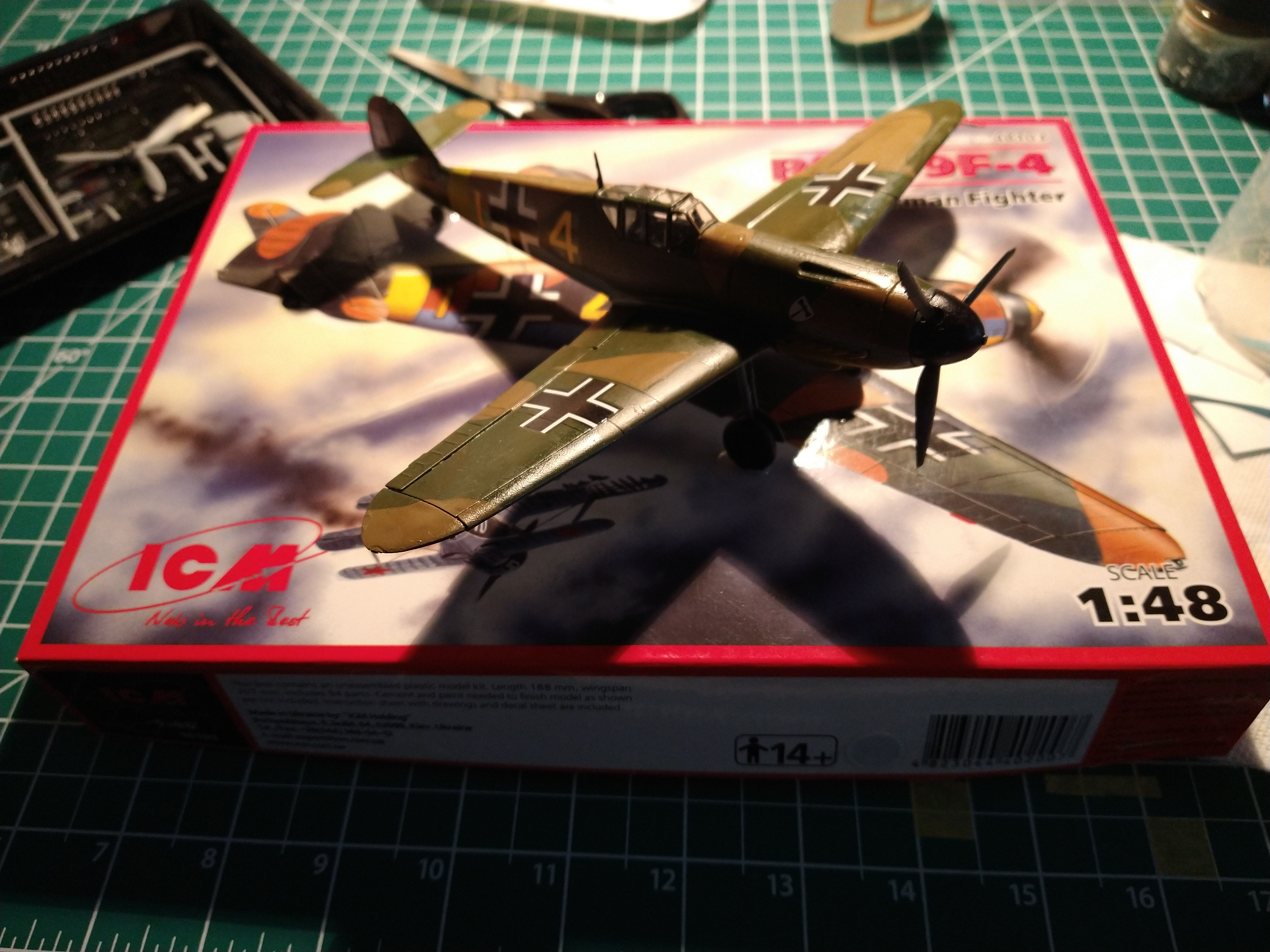 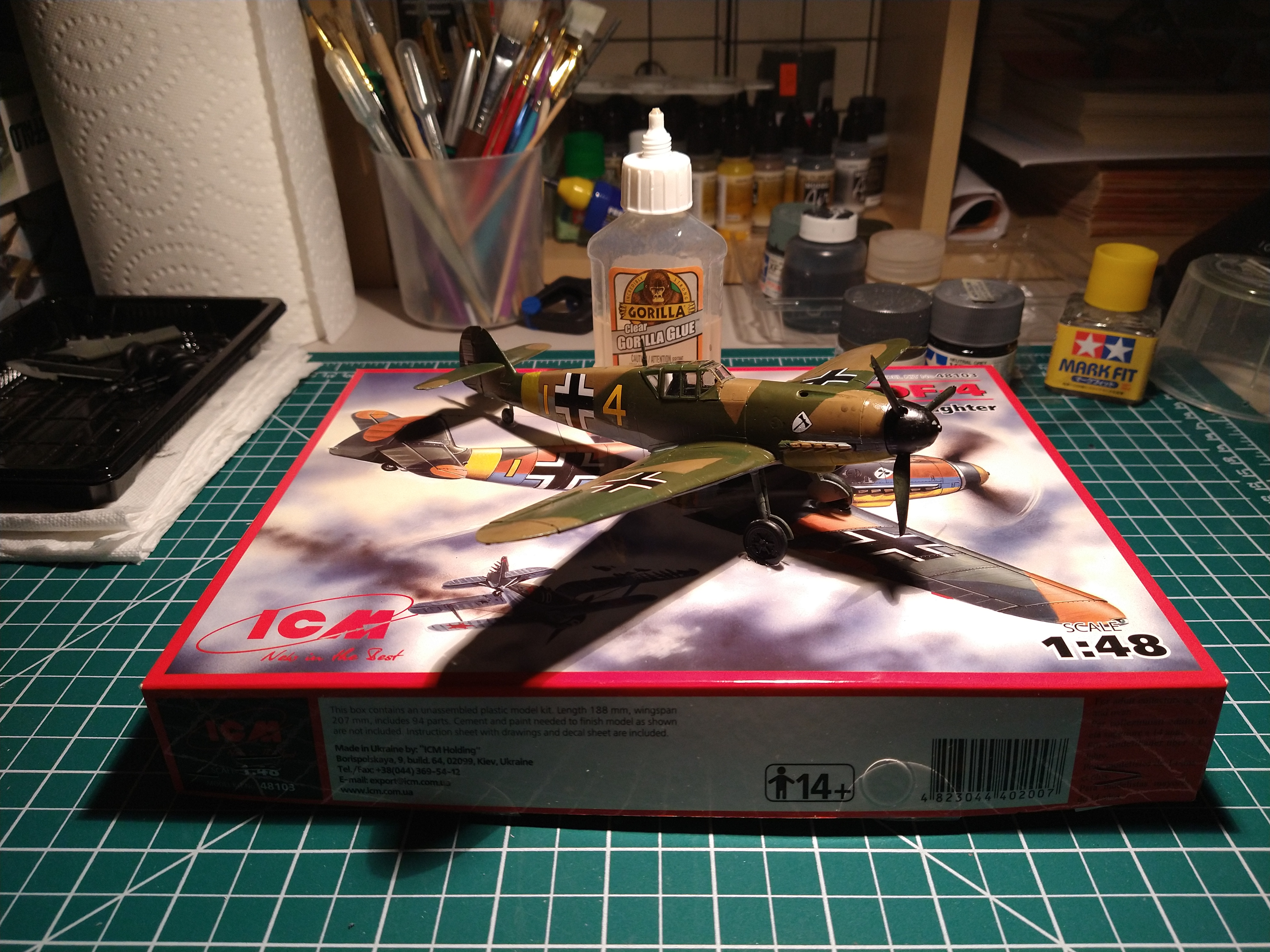 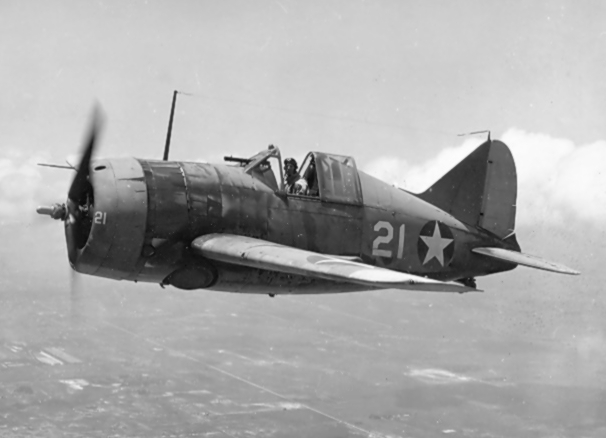 I have learned a lot about naval aviators who went missing in action in the Battle of Midway. A few years ago I met virtually Gerry Lawton who had composed over 400 biographies remembering the Fallen.

With his permission I thought it was important to share his research on a blog.

Learning about the courage of these aviators was the main reason I was looking desperately to find Tamiya’s Brewster Buffalo. It was always listed as out of stock on several online hobby shops except on Plaza Japan.

Finding it on Sunward Hobbies was like finding the Holy Grail. 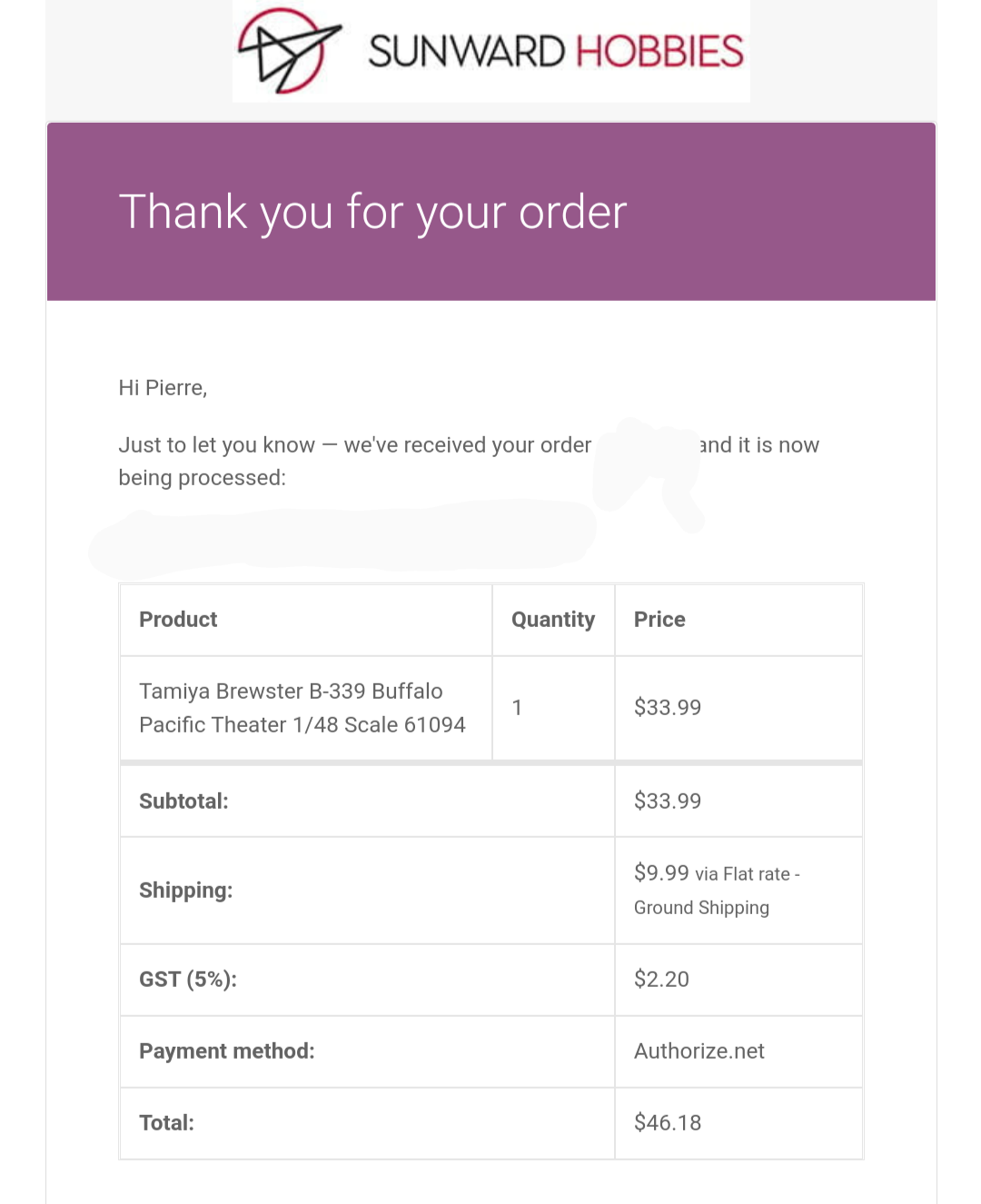 Tamiya’s Brewster Buffalo has been around for quite a long time. My interest was piqued when I read about the Buffalo in the late 60s when my brother and I were playing Midway which was a simulation game from Avalon Hill.

If I remember correctly I always played the American side and won everytime. My brother could correct me on this.

I ran across the Buffalo several times after, but my curiosity was piqued again by this painting. 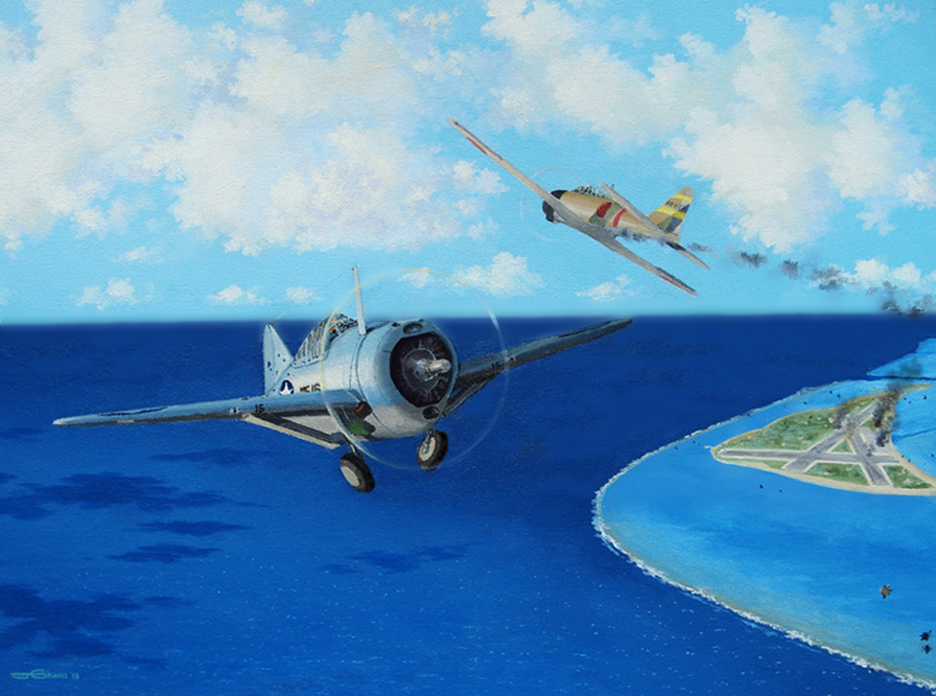 The story is down here if I have piqued your curiosity…

What? Thank you for your order!

After I had placed my order on Wednesday, the website posted Out of stock!

You don’t make that up! 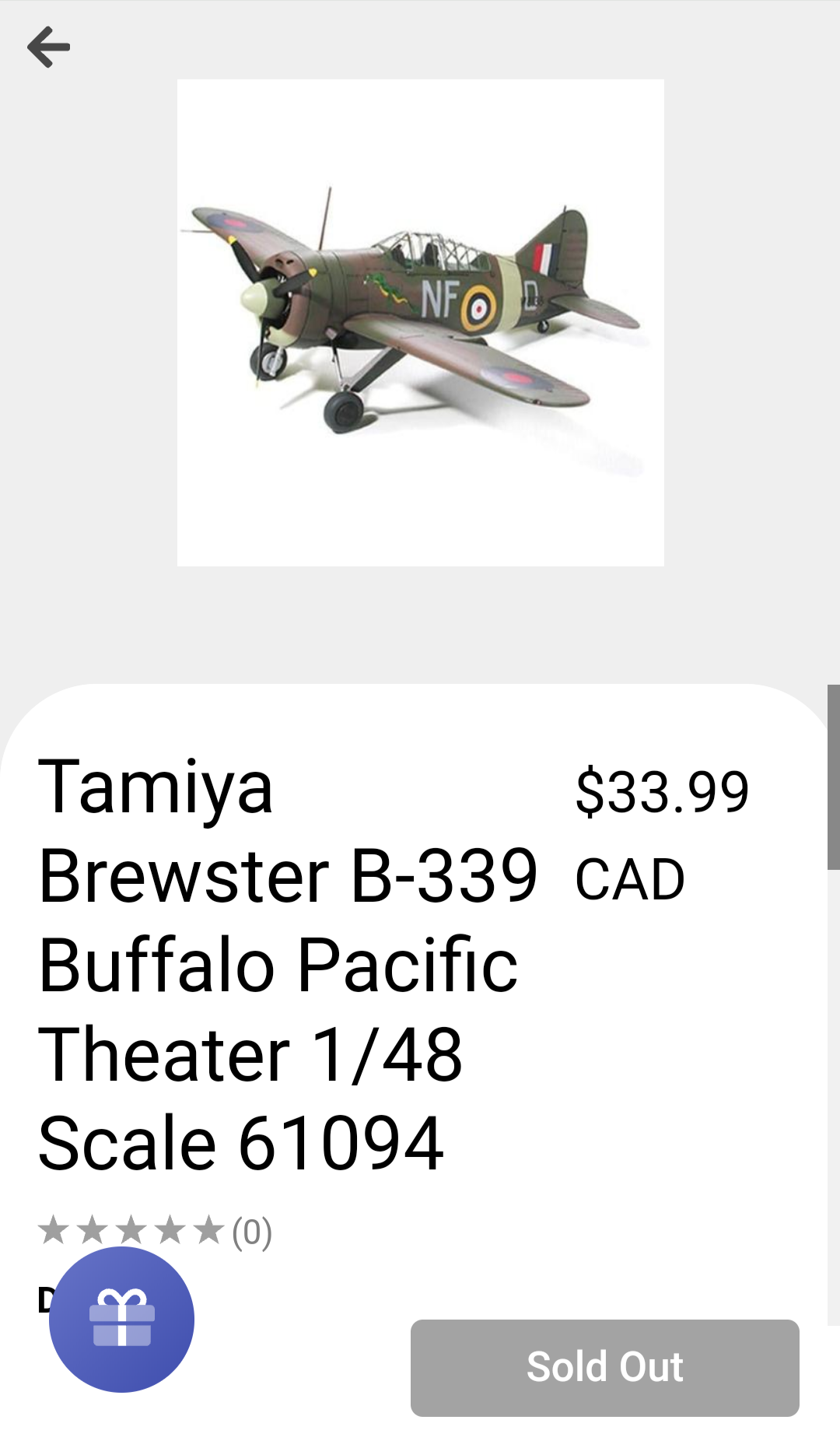 Following the release of a U.S. Navy version of the Brewster Buffalo in 1993, Tamiya now releases the B-339 export version of the Buffalo used by the Royal Air Force and Netherlands East Indies Army Air Corps during WWII. Kit comes with new parts such as canopy, propeller, seat and decals to accurately reproduce the Buffalo used throughout South East Asia. Also includes parts to reproduce the U.S. Navy version featuring gray fuselage.

The Buffalo was first developed in 1935 as a U.S. Navy carrier based fighter. Featuring a modern mid-wing monoplane design with enclosed cockpit and retractable landing gear the first mass produced Buffalo was designated F2A-1, which was shortly followed by the improved F2A-2. Based on the U.S. Navy Buffalo, the B-339 Buffalo was for export only and was fitted with an export approved 1,100hp Wright Cyclone engine and redesigned for land use with navy equipment such as life raft and arrestor hook removed. The Royal Air Force (RAF) and the Netherlands East Indies Army Air Corps (ML-KNIL) used the B-339 to protect colonial outposts in Malaysia, Singapore and Java during WWII.

Includes a full range of accessories including two 100 pound bombs, one pilot figure sitting down and one figure standing, and markings to reproduce a choice of four different aircraft.

Assembly and painting required. Kit does not include model cement glue, paint, and tools. Adult supervision where required.

The price was right as well as the $9.99 shipping rates.

How could I resist the temptation since I had learned a lot about aviators who died while flying Brewster Buffaloes during the Battle of Midway?
We Shall Not Forget, For to Forget is The Greatest Casualty

To be continued, but I don’t know when…